In his Youth Even the Makkar Had his Fancies

from The Headflux Chronicles, Book 1, by Will Lorimer 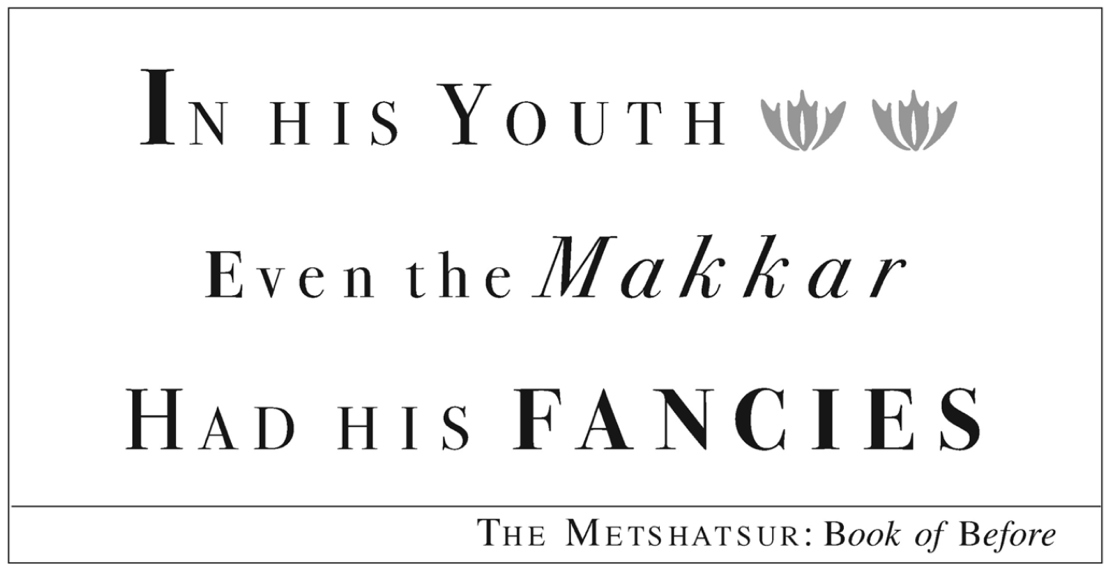 THE A-Z OF TRANSPORTATION

—From ‘A Spotter’s Guide,’ published by Arkrite Press

In Nippy, automotive transport has a pecking order. In pole position are the Blurs, reserved for the police and emergency services. Close behind come the customized Cheats of the super-rich, which, like Skeets, Whizzes, Sideliners, luxury Tapes (segmented, of course) are prioritized vehicles.

Next in rank are ‘commercial’ Grunts and Hogs, which are allowed to stray into the center lanes, but only in emergencies and when overtaking. On the lowest rung of all: Velocipede omnibuses and cabs,¹³ which are strictly segregated on the roadway network of colour-coded toll tracks imprinted with directional switching. This segregation system brings a semblance of order into a chaotic situation that otherwise would soon descend into permanent gridlock. Such is the congestion of the transport infrastructure in Nippy.

Each vehicle band is taxed and tolled at a different rate, meaning that, as in most other spheres of nano-life, money talks. Consequently, excluding the cost-prohibitive Cheats, if you want to get around without inordinate delays, there are only two viable options, since even top-of-the-range Whizzes are gut-rattlers, while the more stable Skeets, though also built for speed, never achieve it. That is down to on-board control devices, such as speed governors, which are required by legislation, as well as a raft of municipal local traffic regulations enacted by councilors of Nippy City Council.

However, for an eponymous author’s alter ego, Tamson Stewart-Seth, taking over as the protagonist until further notice, for every rule there is an exception. In this case it was the illicit device he clamped to the steering column, as soon as he was out of sight of the hire depot that morning, thereby circumventing the on-board speed governors. He took comfort from this, despite knowing he would have little chance to use it, such was the congestion on the multi-tracks, whatever the time of day.

Not that the eponymous author himself, sitting staring at a blank computer screen back in Tall Town, was aware of any of this, though he would have relished every detail of the unfolding scene. Such as the listing signs, suspended like targets in a shooting gallery, hanging from rusting gantries above his erstwhile protagonist. These were intermittently flashing the repetitive message, SPEED.D.D K.K.KILLS, insulting the intelligence of drivers such as Tamson Stewart-Seth, who was stuck on the Skeet tracks below, disconsolately looking up through slatted gantries at the undersides of preferential vehicles as they sped out of town on the top deck above.

Blurs and Cheats headed towards the Gosforth interchange, just past the Red Castle, where the flyovers spanned lace fractals into the haze of just another polluted Nippy day. Ten o’clock and already there was nothing to see out there bar the beacons of the control tower, beeping forlornly over ground-creeping fog, which blotted out the runways of Nippy Airport, a few K’s further to the new West¹⁴ — a distance at which

Tamson calculated, with his present rate of forward momentum added to a very necessary detour of no longer than five minutes to the Red Castle, he would be late for the arrival of the Contessa.

The Red Castle was a great mound of industrial spoil dating from the Late Unbearding Era: a period when entrepreneurial Dreeds laid the foundations of the Dumpty-wide progress that became exponential across the Three Tablets, the summit terraformed by Shelldrekker, the famous Oldlands artist, into a mock fortress commanding all routes west. The ramparts of its buttressed skyline was all the more dramatic for the plumes of smoke from subterranean fires, which still smoldered after two hundred years, issuing from vents on its blind side, away from Airport Road. Tamson was now climbing its precipitous shale slopes, clutching a yabbering Head, bundled into a black plastic bag.

‘Really, good Master, I must protest. This is no way to treat a Mark One News Head!’

‘As your registered owner, it is my prerogative to do with you as I like,’ Tamson said, breathlessly.

‘This is abuse, good Master. Must I remind you that the recent by-law passed by the Municipal Council expressly prohibits cruel and unkind treatment —’

‘Unkind it may be to you, but how much more cruel for me would it be to have to put up with your drivel in perpetuity?’ Tamson panted, a sudden updraft bringing tears to his eyes as he reached his intended target: a narrow vent about two thirds of the way up the side of the Red Castle, belching thick yellow smoke. ‘Goodbye, Head,’ he said, standing close to the edge, peremptorily turning the bag inside out.

‘I’ll be back …’ The Mark One Head shrieked, ogling Tamson with a belligerent bloodshot stare that shrank into two fire opals as it descended neck first, tumbling, bouncing off the vertical sides of the smoking shaft.

The parting words echoed as the Head plummeted towards the monster of bad dreams far, far below. The red, pulsing mouth reminded Tamson of the rouged and puckered lips of old Mother Sin, from his days working as a message boy and sometime look-out for the octogenarian madame at Nippy’s most notorious ‘nookie joint’, the House of Pleasure, when he should have been attending the Scriptorium Academy, an exclusive private school round the corner in New Nippy.

Good times which came to a sudden end when the High Protector of the Dreed Congress,¹⁵ the Marquis of Nippy, spectacularly died mid-act with his favourite hookers, Miss Perfect and Nancy the Tranny — not in his four-postered bed back in his palace, where he was discovered by his nan-servant¹⁶ the next morning, after being delivered there in the dead of the night by Mother Sin and her old friend and long-time adversary, Inspector Falconer of Dreedland Yard, accompanying the body in a private ambulance. The cover story of heart failure provided by the compliant doctor who signed off his death certificate was just three days later blown away, when Nancy was identified in the tabloids as one of two hookers involved in the three in the bed romp in the House of Pleasure.

His exposure as a transvestite proved too much for Nancy, who took his own life, using a pistol Mother Sin kept in a locked drawer of the escritoire in her private salon. The second suspicious death at the House of Pleasure in the space of less than a week, again requiring the assistance of Inspector Falconer who, because Mother Sin was too weak for the job, needed the help of Miss Perfect and young Tamson to drag a buxom body up the slopes of the Red Castle to the very same vent he now stood over. Tamson’s last image of Nancy the Tranny had never quite left him, such was the effect of seeing the exit wound from above, like an X marks the spot on the crown of Nancy’s head as he hung, swaying slightly in the hot up- draft, after his winding sheet snagged in the shaft, before the corpse farted, the sheet ignited, and the body fell feet first into a smoky abyss.

13—Introduced in a raft of energy-saving measures. Velocipede omnibuses depended on the exertions of pedalling passengers and went faster or slower according to the numbers of able-bodied non-payers on board.

14—Accompanying the unforeseen magnetic reversal of the Poles, ten years before, the cardinal points of the compass switched. Consequently, the Eye rose in the West and set in the East, and old North was the new South and vice versa.

15—The Sovereign High Protector of Congress originally was a title of the Dreed King. However, when the last of Tamson’s direct line was brutally murdered and left no issue, the reign of Dreed Kings ended. Then, following the Concordat with Mingland, the role became ceremonial and was conferred on the Marquis of Nippy, who accordingly took up residence in the old king’s palace at the foot of Kings Walk.

16—The nano variant of this would be wonan-servant.

This is a satirical SF novel in the tradition of Swift, with footnotes that give an alternative history of the world.

Will Lorimer is a multi-media artist and the author of a number of books.